Ladies: To Approach and/or Be Approached

A lot of women tend to ask me how to send the right signals to a guy or how to read theirs, when they’re interested in someone. More often than not, these same women believe that the men should approach them and not the other way around. The problem is a lot of women are living with the idea that men must court them and that they should be the ones coming to them. This isn’t the Victorian Era. Do you really want to just sit there, waiting for Prince Charming to come swoop you off your feet? Ladies: IT’S OK TO GO FOR WHAT YOU WANT. Read on, and I’ll explain how to be approachable and how to approach yourself.

A couple of years ago while I was doing a weekend training with a student, we happened to end up at one of my favorite spots in downtown Los Angeles – The Edison. After wing girling him into a group of 3 girls, I found myself conversing with one of them as he spoke with the other two. We were standing right next to the bar, when she started ogling the bar tender. “Why don’t you go talk to him?” I encouraged her. Shaking her head, she said, “No. If he’s into me, he’ll come talk to me himself.” Being a woman, who always goes for what she wants, that statement bothered me. The conversation soon steered towards a history lesson in her past relationships with shitty guys. As I stood intently, listening to her complain about a guy from 6 years ago to the guy from 6 months ago, I finally asked her: “Out of all these guys you seriously dated, how many of them did you approach yourself?” She looked at me in shock as though the idea were preposterous.

“So…you basically take the first thing that comes your way?” I said.

She looked at me puzzled at first, realizing that I was right. “No wonder you’ve been so unhappy all these years. You keep taking the first thing that comes your way!” I went on a tangent.

If more women went for what they wanted rather than take the first guy to show interest, the happier they would be. Simple. But it may not be so simple for many. How do I talk to him? How do I get him to talk to me? Let’s start with how to be approachable for the ladies, who aren’t quite ready to make the first move.

HOW TO BE APPROACHABLE

It’s bad enough that some guys are petrified with the thought of walking up to a girl they fancy. There’s nothing more welcoming and friendlier than a simple smile, especially if you make eye contact and immediately smirk. If a guy catches that, he’ll see it as an invitation to come talk to you. Take it from me – I have terrible resting bitch face, and I know that having an unappealing grimace on your face will make any guy not want to approach you. Or worse: They give you the, “SMILE!” comment as they walk past.

There is nothing sexier than catching the gaze of someone that interests you. Making eye contact is like a beacon, signaling that you want to be approached, and considering the fact that a lot of men sometimes wait for that open invitation, he’ll know you want him to come talk you. Doesn’t matter where you’re at. Lock eyes with him and smile. Whenever I’m in a mood to make them come to me, this never fails. I could be at a bar, coffee shop, grocery store – as soon as our eyes meet, I smile, and if I’m feeling extra flirty, I’ll motion for him to come join me to confirm the green light. Works every time.

Your body language conveys your attitude. If you’ve got your arms crossed, it can be off-putting. Just like with smiling, if you have a negative vibe surrounding you, no one is going to want to approach you.

I’m a woman, who knows what she wants and goes after it, and it has served me well. Contrary to what many people seem to believe, there is absolutely nothing wrong with a woman approaching a man. It shows that she is confident and knows what she wants. Spoiler alert: Men like that. Are you ready to boldly do what very few women do?

If you aren’t already confident, then you better shape up, cupcake. You can learn how to be confident but also understand that you being a woman and willing to approach a man shows confidence in that itself.

See the recurring theme here? Just like being approachable, smiling and making eye contact goes hand in hand for also doing the approaching. Think about how terrified most men are to walk up to you but are relieved of that tension with just a simple smile from you as you make eye contact. If someone catches your quick gaze in their direction, smile. Chances are, they’ll most-likely smile back, and that should give YOU the signal to approach.

It’s okay to be unpredictable and different. Have personality. What makes you more than just a pretty face? What makes you stand out amongst all these other girls that he could be talking to? It’s already uncommon for us women to do the approaching, so that’s already one thing that makes you stand out. Do something that they’ll least expect. When I’m out at night with my friends, one thing I like to do is walk past a guy I’ve been eyeing and brush up against him, grabbing his attention. It could be as subtle as giving his arm a little grip or as audacious as pinching him on his bum. If you’re daring and confident enough, you can try the latter. I was at a nightclub once, when I pulled that move on a guy, and as I walked away, we locked eyes. I gave him a little devilish grin, and he quickly followed me. Two nights later, he took me out on a date. Some may say that it’s a bit much and may argue that if the tables were turned and a guy did that, it would be considered sexual harassment. I like to live dangerously, and quite frankly, there’s a lot of PUAs, who teach DIRECT GAME so how is what I do any different?

Okay, so maybe the direct approach of which I am accustomed to isn’t ideal for most. That’s fine. I would only suggest that to more advanced players. So there you are. You see him sitting across from you at the bar. Maybe you didn’t make eye contact first, and you just want to courageously walk into the lion’s den. You can always make your way to that part of the bar, and as you stand in between where he and his friend happen to be sitting, you can always flash him a smile and ask a question, while you’re waiting for the bar tender. You can literally ask ANYTHING because you’re starting a conversation, which has potential to lead anywhere. “Do you like whiskey? What’s a really good whiskey? I wanna try something different,” or, “Know of any 24-hour diners? I’m in the mood for pancakes after this place.” Perhaps you’re in a coffee shop, standing in line next to a guy and say something like, “If you haven’t already, you should try their mocha lattes. It’s the best mocha latte I’ve ever had in this town.” Approach, engage, close.

Whether you’re being approached or doing the approaching, don’t be ashamed to embrace your sexuality. It’s understandable if you’re sexually inexperienced, and the idea of anyone desiring you in a sexual way may be slightly awkward or even uncomfortable for you. However, if a guy is coming up to you, there’s a high probability that he wants to hook up with you at some point. Remember: You have the power to say no if he oversteps any of your personal boundaries. If he’s someone that you’re attracted to, don’t be afraid to be open to his advances. This could be just as simple as light flirting. In the very least, you want to give the right signal that you are indeed interested. You can take everything at your own pace, and there’s nothing wrong with that at all just like there’s nothing wrong with being a sexual person. It’s too often that people will shame women for being sexual. BEING SEXUAL DOESN’T MAKE YOU A SLUT. But it’s definitely okay to wave your slut flag with pride so don’t be ashamed! It’s okay to fuck on a first date, and it’s okay to fuck on the fifth. Embrace that shit. 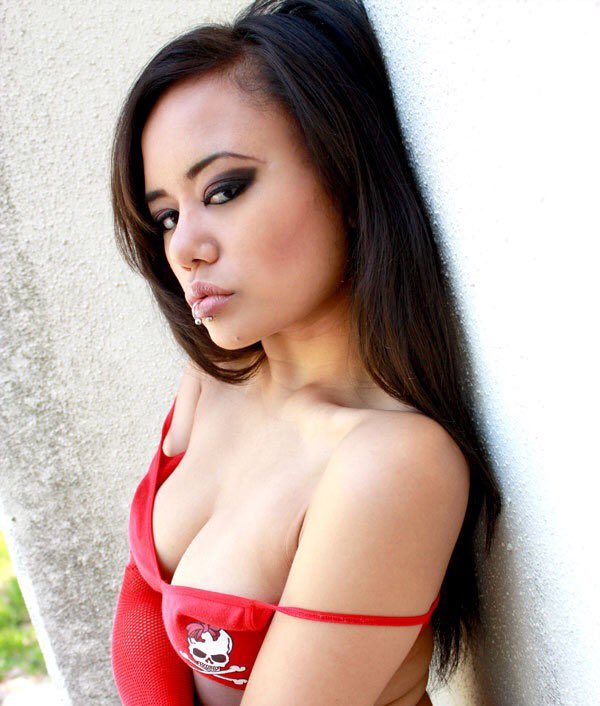